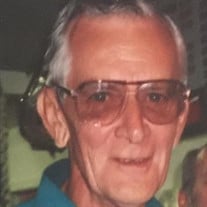 Gerald Douglas, AKA "Jerry" was born in Philadelphia, PA. He had five sisters and four brothers. He joined the ARMY at age 17 and was on the battlefield during the Korean War. From an early age, Jerry developed a knack for telling jokes and stories and was known his entire life for his funny stories and quick wit! While in the ARMY, Jerry came to Hawaii with the 25th Division and was stationed at Scofield Barracks. Angie Permito was a civilian employee at Scofield at the time. The first time Jerry talked to Angie over the phone, he fell in love with her voice and he searched her out to see if she would go out with him. Angie said, "No" at first, but with Jerry's persistence, she finally dated him. They married in Wahiawa, Hawaii, then traveled to Pennsylvania where they had a son, followed by four daughters. Jerry was an electrician by trade and worked as a lineman. They bought their first house in New Britian, Pennsylvania, where Jerry was praised for having the best kept lawn in the neighborhood. He planted 50 small pines around the entire back yard. Mom missed her family in Hawaii so much, so dad drove his family of seven from Pennsylvania to California in three days, and flew to Hawaii for a visit. They were hooked! Jerry and Angie returned to Pennsylvania and packed up the family and moved to Hawaii for good in 1968. All five children went to private schools. Between them, they gave Jerry and Angie 20 grandchildren and 23 great-grandchildren. Many of them can recite at least one or two of Jerry's jokes. Jerry was a jack of all trades and loved to fix cars and appliances and small machinery. He did carpentry, plumbing, painting, mechanics -- any job his family needed; and he even helped the neighbors! It seemed like he had a solution to every problem. He liked a clean house and was no stranger to helping with the indoor and outdoor chores. He was also a good cook and baker. His children will tell you stories about making homemade root beer, black walnut cakes and pies – lots of pies – one year, 24 pumpkin pies in all! He never wore jeans; only brushed denim and white T-shirts, unless he was going out. He was clean shaven and handsome and he loved to travel to Las Vegas on occasion. In fact, Jerry and Angie traveled to Las Vegas in February 2015 for their 80th birthday celebration with their children. Jerry and Angie would be celebrating their 60th wedding anniversary this year. Jerry's grandchildren knew him as Pop Pop, a hard worker, strict, but full of lessons and funny stories and jokes. Okay, a few of his jokes were duds, but he was a master at delivering a punchline, so you had to laugh. Jerry kept his sense of humor till the end, when he passed away peacefully at home in the loving care of his wife and five children and several grandchildren. He will be missed. Condolences may be sent to: Angie Douglas, c/o Diamond Head Mortuary, 535 18th Ave., Honolulu, HI 96816, or [http://www.diamondheadmortuary.net. In lieu of flowers, donations may be made in Jerry's memory to: Islands Hospice, 500 North Nimitz Highway, Honolulu, Hawaii 96817.

Gerald Douglas, AKA "Jerry" was born in Philadelphia, PA. He had five sisters and four brothers. He joined the ARMY at age 17 and was on the battlefield during the Korean War. From an early age, Jerry developed a knack for telling jokes and... View Obituary & Service Information

The family of Gerald Jay Douglas created this Life Tributes page to make it easy to share your memories.

Gerald Douglas, AKA &quot;Jerry&quot; was born in Philadelphia, PA. He...