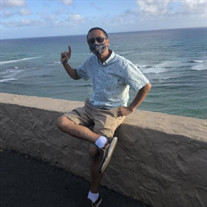 Raoul Orosa was the third child of Cesar & Mary Orosa out of seven children. He was born in Manila, Philippines on December 5, 1964. Raoul was a Godly man who is survived by his lovely wife of 35 years Cristina and three children Carla, Miguel and Beatrice. As a child going into his teens, Raoul grew up in seizing the moments. He was spontaneous, outgoing, and full of life’s blissed and adventures. In the early beginnings of Raoul’s adult life. Raoul became a well-rounded family man who continued his passion for cooking & became a Chef at many fine dining restaurants were he spent most of his time in the kitchen learning the ropes of leadership through his mentors. With many dreams and endeavors, Raoul relocated to Dallas were his professional career peeked. Raoul was able to fulfill a life long dream of becoming one of the top Chef’s in the city of Dallas at one of finest dining restaurants in town called Seventeen-Seventeen. Raoul, not only became a respected chef in Dallas, but was blessed to have had an opportunity to own a restaurant along with his mother and siblings. The restaurant was named Aija and it ran from 2001-2007. Raoul decided to part ways in 2008 to pursue other business opportunities. Raoul and family relocated several more times in different states and one of them was Hawaii, which is the place they now called home. Not only did he continue his passion for cooking, he also got involved in hobbies like woodwork and refinishing mid-century furnitures. In this time, Raoul was diagnosed with stage 4 Colon Cancer. It was through difficult times like this that Raoul and the family got to know the Lord, our Savior Jesus Christ. In a span of almost two years, Raoul drew closer to God. With his family behind him, Raoul once known to be a non-active Catholic renewed his identity in God by believing in faith and receiving Jesus Christ as a Born Again Christ believer (Christian). Raoul’s faith in Jesus grew deeper as he was battling cancer. His bond with God was strengthened as he continued to seek relationship and not religion. He knew the truth in God, believed it and knew the love God had for him. In spite of challenges and trials he never gave up and persevered till the end. On April 20, 2021 Raoul went home to be with the Lord and won the good fight of faith. He had finished the race. “Well done, good and faithful servant! You have been faithful with a few things; I will put you in charge of many things. Enter into the joy of your master.” (Mathew 25:21). “Your faith has made you well. Go in peace. Your suffering is over.” (Mark 5:34)

Raoul Orosa was the third child of Cesar & Mary Orosa out of seven children. He was born in Manila, Philippines on December 5, 1964. Raoul was a Godly man who is survived by his lovely wife of 35 years Cristina and three children Carla, Miguel... View Obituary & Service Information

The family of Jose Raoul Saldana-Orosa created this Life Tributes page to make it easy to share your memories.

Raoul Orosa was the third child of Cesar &amp; Mary Orosa out of...