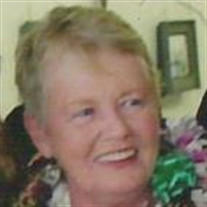 Josephine Callahan (Josie) Woll, 77, passed away on May 17th after a long illness in Honolulu. She was born on March 29, 1941 in Vald’or, Quebec, Canada to parents Joseph Callahan and Margaret Sutherland (dec). After graduating high school at age 16, Josie pursued a nursing career at St. Joseph Hospital School of Nursing in Toronto graduating in 1961. She worked as a nurse in California, New York and eventually Hawaii where she met and married the love of her life, David Woll, who predeceased her. She is survived by sons Jason (Rovette), Kieran (Brenda), and daughter Cassilly, grandchildren Christian, Raquel, David, Kevin, Donna, Donnie, Stephanie and Stephen, great-grandchildren Serina, Brooke, Ben, Blake and Brody. Her brothers Jim (Sherry), Ken (Shirley) Callahan and sister Jackie (Bernie) Goyetche of Canada. In addition to her predeceased husband David, Josie was predeceased by her brother Tommy. Nieces and nephews Mary (Brian) and John, Lynn (Stewart) and Vicki (Martin), Christopher, Christina (Greg) and Charles, Patrick and Ryan Callahan. Sister-in laws Elizabeth and Barbara (Hans), brother- in-laws Ed (Dorie) and John (Doris) Woll. Nieces and nephews Daniel (Emily), Hans (Louise), Judy (Marc), Lauren (Darrin), Andrew (Natalie), Jenny (Kris) and Mary (Ed). She is also survived by numerous grandnephews and nieces and a large extended ohana including Nicki Klock and Kristi Ramia. Josie will be missed by the Iijima family, many friends and former colleagues. After the birth of her daughter with special health care needs, she learned to advocate and improve the healthcare system for other children and their families. Her daughter was enrolled in the early intervention program at the Sultan Easter Seals in Honolulu where Josie volunteered. Upon the retirement of the director, Setsu Furuno, she was asked to fill the position where she worked for 25 years. During the early 1990’s, she co-founded with her friends Polly Arango and Julie Beckett, Family Voices, a national grassroots organization working on behalf of children with special heath care needs and their families. Josie was instrumental in establishing a Family Voices chapter in every state which recently expanded to the American territories. She also served on the Hawaii Developmental Disabilities Council for many years. The family would like to extend a special thank you to Pat and Bruce Larson, Georgia Cicmil, Valery O’Brien, Bob and Jean Johnson, Bev Muller of Honolulu and Julie Beckett from Cedar Rapids, Iowa for their assistance and caregiving during Josie’s long illness. VISITATION 9:00-10:00 A.M., SATURDAY, JUNE 9, AT STAR OF THE SEA CHURCH, 4470 ALIIKOA STREET. MASS WILL BE CELEBRATED AT 10 A.M. WITH A RECEPTION TO FOLLOW. IN LIEU OF FLOWERS, FAMILY ASKS THAT DONATIONS BE MADE IN JOSIE'S NAME TO EITHER FAMILY VOICES OR SPECIAL OLYMPICS HAWAII. CASUAL ATTIRE.

Josephine Callahan (Josie) Woll, 77, passed away on May 17th after a long illness in Honolulu. She was born on March 29, 1941 in Vald&#8217;or, Quebec, Canada to parents Joseph Callahan and Margaret Sutherland (dec). After graduating high school... View Obituary & Service Information

The family of Josephine Callahan "Josie" Woll created this Life Tributes page to make it easy to share your memories.