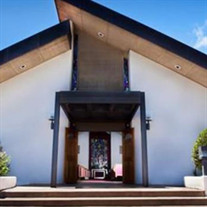 Preston Dalley Johnson, 98 of Hawaii Kai and previously Kailua, died February 22, 2020, after a fight with lymphoma. Called Pres or P.D. by his friends and colleagues, he was born in Preston, Idaho, September 18, 1921. He was the son of Carl and Georgiana Johnson and grew up in Richmond, Utah, where his parents were teachers. He graduated from North Cache HS in Richmond in 1938 and attended Utah State University, where he majored in Civil Engineering and participated in the ROTC program. In the summer of 1942, he married Anna Lou Merrill, graduated with his B.S. degree, and was commissioned as a Second Lieutenant in the Coast Artillery. He was on active duty for four years reaching the rank of Major as an Artillery School instructor at Fort Sill in Oklahoma, before he received his discharge from the Army in 1946. From 1946 to 1951, he worked as an engineer for the U.S. Bureau of Reclamation on major hydroelectric and flood control dam construction sites in Palisades and Anderson Ranch, Idaho. In 1951, he moved with his family to Hawaii and began work as an engineer for the 14th Naval District Public Works Office at Pearl Harbor. He served for 30 years in increasingly responsible positions in the Navy’s construction and maintenance, travelling extensively in the Pacific Rim and in East Africa before ultimately retiring in 1981. He was especially proud of his role in the design and construction of the USS Arizona Memorial. During his career, his honors were capped by the Distinguished Civilian Award he received in 1977, the highest honor the military can bestow on a Civilian. While living in Hawaii, he also served in the Army Reserve and ultimately reached the rank of Colonel. In retirement, he was a prolific reader and was also fond of travel. He is survived by his wife Fleurette Dicaire Johnson, his son and his daughter-in-law, Wayne Johnson and Nancy Schuhmann of Falls Church, VA and by his grandson and granddaughter-in-law Todd and Traci Johnson of Renton, WA. He was proud of his two great-grandchildren, Justin and Kailiana, and of his two great-great-grandsons Rylan and Zachary. He was preceded in death by Anna Lou (Jo) Johnson in 1992, after 50 years of marriage, and by his son Lynn in 1999. Private services and Interment will be held at Punchbowl National Memorial Cemetery in Honolulu.

Preston Dalley Johnson, 98 of Hawaii Kai and previously Kailua, died February 22, 2020, after a fight with lymphoma. Called Pres or P.D. by his friends and colleagues, he was born in Preston, Idaho, September 18, 1921. He was the son of Carl... View Obituary & Service Information

The family of Preston Dalley Johnson created this Life Tributes page to make it easy to share your memories.