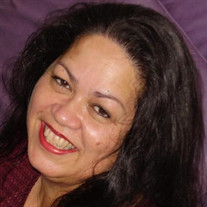 Mahalo nui loa and aloha kākou for being here; and, most important, for being part of my life! Now that I have arrived safe and sound in Heaven, my brother is writing down my mana’o for you and this obituary. This is my mo’olelo. Mākaukau!. Roxanne means "dawn"; Noelani means "heavenly mist." On the 2012 Winter Solstice, I was graced to see and receive God’s promise of a very special makana: a majestic, royal purple night rainbow spanning the Kīlauea misty sky before the dawn of a new day and era. My life’s journey began at Larson AFB, Wakinekona (Washington) State where I joined my older sister and brother. We then lived in Kekeka (Texas), where two more brothers joined our "clan" (as my Dad would say). Clark AFB, ʻAina Pilipino (Philippines), was Dadʻs last USAF tour before we returned to Hawaiʻi—birthplace, and home of my parents. Then, my youngest brother joined our ʻohana. We settled on Oʻahu where I made new and lasting friendships with cousins, neighbors, and classmates. Our ʻohana would often go beach camping or picnicking, which included hiking, body and boogie board surfing, fishing, and outdoor games. Later, I would take annual birthday camping and hiking trips to Kokeʻe Park, Kauaʻi, with my "sista" - cousin and special friends. While growing up, I often read about and listened to the mele and dances of Hawaiian hula and Tahitian ʻoteʻa. I met people from other countries and learned about their cultures and beliefs, including their music and dance. Travel, music, and dance became a lifelong interest and passion. For example. I danced hula at my high school graduation and then went on to briefly work for a professional dance troupe. I began exploring different career options, where I joined the U.S. Army Reserve, enrolled in community college majoring in culinary arts and science, but later realized neither was my calling in life. Meanwhile, I was employed and worked at crafting Hawaiian kī leaf skirts, lei po’o, haku lei, and Tahitian headpieces. Again, my jobs often involved travel or outdoor work. My uncle, a professor, and practitioner of physiotherapy and restorative massage first taught and encouraged me to learn therapeutic massage. Later, my (ku)"Puna" funded my massage school training and certification in Honolulu. After this, I knew massage therapy, especially lomilomi, would be my life’s work. Over three decades, I worked hard gaining more lomilomi and other healing massage discipline knowledge and experience. I attended many massage schools and workshops taught by gifted Hawaiian kumu lomilomi, medical doctors, and foreign massage practitioners and experts. One of my respected kumu lomilomi often traveled to give treatment in Hawaiʻi, Kahiki (Tahiti), and Aotearoa (New Zealand), and his na haumāna, like me, and other close friends would join him. Combining work and study, I also enjoyed traveling with friends and site-seeing in Newaka (Nevada), Kaleponi (California), ʻAukekulia (Australia), Nepala (Nepal), and Iāpana (Japan). My friends and ʻohana playfully nicknamed me “Aunty Būya” dubbing my big kalakoa bag as the "Būya Bag." Thankfully, my childhood hoaloha, an airline employee, was always there to assist me in my travels abroad. In the new millennium, I started a new phase of life and moved from Oʻahu to the Big Island. As a lomilomi professional, I routinely traveled monthly between Hawaiʻi Island and Oʻahu staying with my devoted friend and treating lomilomi clients on both islands over many years. I also took interest in aromatherapy and healing oils which became an important part of my lomilomi career and business. In time, my Japanese alakaʻi - hoaloha suggested I teach lomilomi at both of our Big Island hale to share my lomilomi knowledge with other cultures. After much thought and prayer, I created an intensive lomilomi and Hawaiian cultural workshop shifting my focus from practitioner to teaching. After several years and lomilomi workshops, my ʻohana affectionately nicknamed my Big Island hale. “Camp Noelani." In 2015, I suffered a spinal stroke which changed and challenged me and all who knew me. In the years that followed, I did as best I could, and all who loved and cared for me did the best they could. On December 5, 2021, God called upon me and took me under His wings. The day before I took flight, He blessed me with delicious food and drink, music (including some of my favorite Beatle songs), and my ʻohanaʻs love and joy. I was at peace. I took my final flight on the notes of “He Aloha Ku’uipo" sent to my beloved haumāna. In parting, a final haumāna instruction to recite before all lomilomi treatment: "With hands, I imbue, my mana in you; I trace the pain across your spine and impart the Spirit of Divine . . ." God Bless all of you. May you, "live long and prosper." Imua. E mau aku ke ola ika Lomilomi. Aloha ā hui hou aku. Roxanne. P.S.: Roxanneʻs burial and memorial services will be held later because of COVID19 concerns.

Mahalo nui loa and aloha k&#257;kou for being here; and, most important, for being part of my life! Now that I have arrived safe and sound in Heaven, my brother is writing down my mana&#8217;o for you and this obituary. This is my mo&#8217;olelo.... View Obituary & Service Information

The family of Roxanne Noelani Bertelmann created this Life Tributes page to make it easy to share your memories.

Mahalo nui loa and aloha kākou for being here; and, most important,...