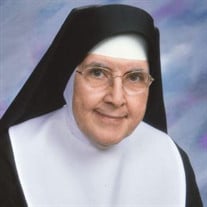 Sister Helen Agnes Ignacio, OSF (Elizabeth Angeline) went home to God on January 25, 2021, at the Plaza in Kaneohe after a lengthy illness. Sister was born to the late Manuel and Florence Wallace Ignacio on October 29, 1929, in Hilo, Hawaii. Sister attended St. Joseph Elementary and High schools in Hilo until the tenth grade and transferred to St. Francis Convent School in Honolulu from which she graduated in 1947. She entered the Sisters of the Third Franciscan Order, Syracuse, New York, that year and was invested in March 1948. Sister made her temporary Profession of Vows in 1950 and her final Profession in 1953. In 2018 she celebrated her 70th Jubilee as a Franciscan. Sister received a Bachelor of Science degree from Chaminade College of Honolulu and a Master of Science degree from the University of Hawaii. She ministered in Our Lady Help of Christians School, Albany, and St. Matthew Parish, East Syracuse, New York, before returning to Hawaii. She taught at Sacred Heart School, Lahaina, St. Francis Convent School, Honolulu, and St. Joseph High School, Hilo. Later Sister taught at Maria Regina College, Syracuse, and St. Anthony High School, Long Beach, California. From 1990 to 1995 Sister was the administrator of St. Francis Pensione, Rome, Italy, overlooking St. Peter’s Basilica and the Vatican City. Her remaining years in ministry were spent in parent ministry and community service, and as an administrative aide at the Franciscan Adult Day Center. Sister Helen Agnes was born on the exact day of the Stock Market Crash of 1929 and lived with great self-assurance and energy. Former students and colleagues will attest to her excellence as an English, French, and Religion teacher. She enriched chapel liturgies and services as the convent organist until four years ago and was easily recognizable in her traditional habit and gingham aprons. Her sense of humor and quick wit enlivened her interactions and were prominent when she was featured on Pamela Young’s Mixed Plate on location in Rome. Sister had hoped to die at the Kupuna Village, but Sister Death took her beforehand to the Father’s mansion that awaited her in eternity. In addition to her deceased parents, Sister was predeceased by her sister Marguerite (Francis) Carvalho and her brothers Lawrence and Henry Ignacio. She is survived by her brother Gordon (Julie) Ignacio of Hilo, several nieces and nephews, grand and great grand nieces and nephews, and cousins. Sister is also survived Sisters of St. Francis of the Neumann Communities. In lieu of flower, donations may be made to the Sisters of St. Francis, 2222 Liliha Street. Honolulu HI 96817.

Sister Helen Agnes Ignacio, OSF (Elizabeth Angeline) went home to God on January 25, 2021, at the Plaza in Kaneohe after a lengthy illness. Sister was born to the late Manuel and Florence Wallace Ignacio on October 29, 1929, in Hilo, Hawaii. Sister... View Obituary & Service Information

The family of Sister Helen Agnes Ignacio created this Life Tributes page to make it easy to share your memories.