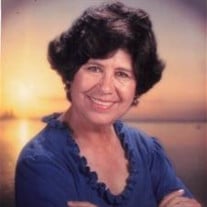 Alicia Herrera Tapia was born May 18, 1934 in Van Horn, Texas. As a child, she was very active, curious and fearless… what some may call a “tomboy”. She loved to follow her dad who was an electrician by trade, helping him do various repairs or building projects, instead of playing with dolls like other girls her own age. While in the desert of Van Horn, Alicia loved hanging out with her siblings, exploring and pouring water down tarantula burrows in hopes that they would eventually crawl out. Alicia was also a very athletically gifted person who seemed to excel at every sport she played like tennis, swimming, bowling, racketball, softball and especially basketball. She was a formidable player against even the boys in her school. Even though she was gifted athletically she still always maintained her loving, gentle, humble personality and kind soul towards others. Alicia would be the first person to lend a helping hand to someone in need, no matter what others thought. She had all these attributes all while maintaining a straight “A” average during her entire school years. After graduating from Van Horn High school in 1950, Alicia attended Texas Western University in El Paso, Texas (now called UTEP), where in 1955 she won a College girls’ basketball championship. Alicia, being a great student athlete and people-oriented person destined her to major in Health and physical education when she graduated in 1956 with a Bachelors in Arts Degree and was a Valedictorian. Alicia began her teaching career in 1968 at Kaimuki Intermediate where she taught Physical education, Home Economics, Spanish and Health until she transferred to Stevenson Intermediate and then retired with over 30 years of Service to the State of Hawaii. Alicia had a notable student by the name of IZ Kamakawiwoʻole, (Brother IZ) who she recalled always admiring how he always practiced with his Ukulele. She recalled being very supportive of IZ playing his Ukulele every moment he could under the shaded trees at the school, even though other teachers had a disapproving attitude and only wanted him to concentrate on school work. Her interaction with him came full circle as she and her now departed husband, Robert, fell in love with his music, choosing IZ's song, “Over the Rainbow” for their 50th Wedding Vows Renewal Ceremony. One of Alicia's last caregivers’ ended up being IZ’s cousin and was very happy to hear about her interaction with him when he was young. After retirement, Alicia concentrated on continuing to raise a household and volunteer in her spare time to charitable organizations and events. She volunteered every year with the Honolulu Marathon and Aloha Run, as well as being a participant into her late 60’s where she placed second in her age group for the Aloha Run. Alicia also volunteered with Big Brothers and Big Sisters and Goodwill. Alicia was known by her friends and family not only as being a very giving person but a strong and unwavering person especially when confronted with a stressful or negative situation. She never got flustered and always looked at the good things in people and unfortunate events. This mind set sometimes drove her our dad nuts…. as the sky could literally be falling and chaos with everyone panicking…our dad would say are you not concerned….she would reply…”do you see me worried.” Her calm, gentle and positive approach would drive our dad nuts. But that is Alicia… the kind gentle soul that was strong as an ox. Even dogs and cats would feel comfortable around mom…like she was the Peter Piper of animals….it was kind of scary how they would flock around her and feel comfortable immedialtely with her as if they could sense her kind spirit. Alicia will be greatly missed by her family, friends and people she touched. She was really the glue that held people together. Now her and our dad, Robert are together once again as that is one situation that we ever seen her struggle with…. was when she loss her husband of 63 years. Even with her great ability to see the positive side of a bad situation… that was one situation where she really saw she was human. Alicia is survived by her two sons Robert Gary, Gerald, and his wife Victoria; two grandchildren, Laney and Boedy; her brother-in-law Rudy, and his wife Olga. Services for Alicia will be held on Thursday, February 27, 2020 at Mary, Star of the Sea Church. Visitation will start at 9:30 a.m.; Eulogy to begin at 10:30 a.m.; Mass at 11:00 a.m.

The family of Alicia Herrera Tapia created this Life Tributes page to make it easy to share your memories.