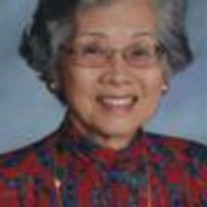 Janet Sau Wun Char was born in Honolulu on April 2, 1929. She was the second of five children of Shiu Inn and Chip Tong Wong. She attended Kaahumanu Elementary School, Kawananakoa Intermediate School, and Roosevelt High School, where she graduated in 1947. She attended the University of Hawaii – Manoa for 2.5 years majoring in Sociology. She then attended Armstrong College in Berkeley, California where she graduated with a certificate in Private Secretary in 1951. She worked as a stenographer for the Oakland YMCA for a year before returning to Hawaii in 1952. Upon her return to Hawaii she worked at the Hawaiian Telephone Company, first as a stenographer then as a secretary to the Chief Accountant. On October 2, 1955, she married Stanley Char. On July 5, 1956, their first son, Clinton, was born. In 1957, Janet resigned from the Hawaiian Telephone to become a full-time housewife. Their second son, Leslie, was born on June 3, 1958. After spending 20 years raising their sons, in 1975, Janet returned to work doing sales at Howard’s Credit Jewelers, the company her father, Chip Tong Wong, and two other partners founded. In 1976, Chip Tong Wong and his children bought out the interests of the other partners, at which time, Janet became the Vice President and Manager of the jewelry store. In 1996, the store was closed, and Janet retired from work. Throughout her life, Janet was active in the United Church of Christ – Judd Street. She attended services regularly, participated on Church committees and was active in the annual Church benefit luau. She was also active in the community participating in the Chinese Chamber of Commerce Narcissus Festival as well as soliciting funds for the March of Dimes, Heart Fund and Cancer Society. After Stanley’s retirement, Janet and Stanley enjoyed traveling to explore new locations and seeing family and friends. They particularly enjoyed cruising around Alaska and visiting with family in Hong Kong. After Stanley’s passing in 1998, Janet continued to enjoy traveling with her siblings and with her sons. Janet was a very influence force in the raising of her sons and grandchildren. She instilled traditional Chinese values in their upbringing so that they have all become successful in their own lives. On November 4, 2020, with her life complete, she “slipped the surely bonds of Earth … and touched the face of God.” She is survived by her siblings, Mildred Ching, Nora Chong (Robert), William Wong; sons, Clinton (Karen) and Leslie (Lawrene); and grandchildren, Leland, Stephanie, Linda Chern (Dan), and Alyson.

Janet Sau Wun Char was born in Honolulu on April 2, 1929. She was the second of five children of Shiu Inn and Chip Tong Wong. She attended Kaahumanu Elementary School, Kawananakoa Intermediate School, and Roosevelt High School, where she graduated... View Obituary & Service Information

The family of Janet Sau Wun Char created this Life Tributes page to make it easy to share your memories.