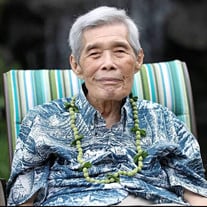 Nathaniel Pau Hen Ching, M.D., 87, passed away on July 28, 2021. Born and raised in Honolulu, Hawaii, Dr. Nathaniel Ching served his community with distinction as a physician and surgeon. Regarded by his patients for his compassion and known for his intelligence and surgical skills among professional peers, Nathaniel attended Iolani School and graduated in 1951. At Harvard University he received a B.A. in chemistry, graduating magna cum laude in 1955. Nathaniel then attended medical school earning an M.D. from Jefferson Medical College of Philadelphia in 1959. A year of Internship at Pennsylvania Hospital and Residency in general surgery at Jefferson Medical College followed medical studies. Dr. Ching served in the US Army Reserves Medical Corps initially at Fort Sam, Houston, later with the 44th Mobile Army Surgical Hospital (MASH) unit in Korea and at Fort Dix, New Jersey. Following a Thoracic Surgery Fellowship at Kansas University Medical Center, Nathaniel returned to Honolulu to practice surgery, met, and married the love of his life, Clara. Professional opportunities called and together they moved to New York City where Nathaniel was appointed Attending Surgeon and Director of Surgical Research at St. Vincent’s Hospital and Medical Center in Greenwich Village. He gained extensive trauma surgical experience which he described as an extension of his military surgical experience and performed research on ventilatory support physiology. Upon his return to Honolulu, Nathaniel was a general and thoracic surgeon in private practice at St. Francis Medical Center. Dr. Ching was also an Associate Professor of Surgery at the John A. Burns School of Medicine at the University of Hawaii. He served as Co-Director of Surgical Education at St. Francis in the 1980s where he trained surgical residents and taught medical students during their surgery rotations. From 1990 to 1994, he served as Chief of Surgery at St. Francis Medical Center. Dr. Ching’s research interest established the Hawaii-Biological Response Modifiers Research Program for clinical treatment trials for cancer patients and chronic hepatitis patients. This program was a collaboration with his wife Dr. Clara Ching, an Immunologist, and her research laboratory. Numerous students performed research projects, worked in the laboratory, and were mentored by Drs. Nat and Clara. After retiring from private practice, Nathaniel became the medical director of the Mountain-Pacific Quality Health Foundation’s Hawaii office. As a contractor for Medicare’s Quality Improvement Organization, he was charged with ensuring proper medical care for Medicare beneficiaries. To his family and friends, Nathaniel was dedicated and generous. He enjoyed home gardening and grew various fruits and vegetables which he regularly shared with family and friends. He was known for his home-made mango sorbet dessert from mangos which he and his wife would carefully pick during mango season. He was fascinated by computers and electronic gadgets and enjoyed making espresso and cappuccino on his own espresso maker, ordering coffee and gadgets from Zabar’s in New York City. Nathaniel was an avid photographer and videographer who captured and chronicled his travels, social events, and nature through print photos, videos, and slide shows. He is predeceased by his parents William Mew Kin and Rose Leong Ching. He is survived by his wife Clara Yuen Ching, Ph.D., his daughter Natascha Ching, M.D., son-in-law Joseph Del Rosario and his grandson Jonah Nathaniel Del Rosario. A private service will be held. In lieu of flowers, family requests donations honoring his life and work be made to the Dr. Nathaniel P.H. Ching Memorial Fund at the UH Foundation, John A. Burns School of Medicine at P.O. Box 11270, Honolulu, HI 96828. https://giving.uhfoundation.org/funds/12985304

Nathaniel Pau Hen Ching, M.D., 87, passed away on July 28, 2021. Born and raised in Honolulu, Hawaii, Dr. Nathaniel Ching served his community with distinction as a physician and surgeon. Regarded by his patients for his compassion and known... View Obituary & Service Information

The family of Nathaniel Pau Hen Ching created this Life Tributes page to make it easy to share your memories.