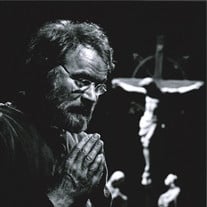 Terence Richard Knapp born February 14, 1932 in London England, died August 12, 2019 in Honolulu, Hawaii. Our world is a little smaller, but definitively richer, for the role Terence, (Terry,Kele) played for eighty-seven (87) years. Born to Alice Catherine Keegan, his Irish mother, and English soldier father, Richard Henry, during the turbulence of WWII. Terence, his mother, and incrementally by 1940, four little sisters, escaped from London to Wales, then, Dublin, until it was bombed. The family returned to London in 1942 with a fifth sister. Dad was off to the North African campaign. Tenement living, wartime conditions, darkness, bombs, air raids, food shortage and Terence becoming the man of the family by age 9, was foundational for his life and career. Educated at Parmiter School, then Preparatory Academy, where, in 1945 his classics teacher recommended Terry audition for The Royal Academy of Dramatic Art (RADA). Shakespeare’s “Puck” and “Lady MacBeth” earned him a scholarship. His classical training began. At 18 his RADA education was interrupted when he was drafted into the Royal Air Force, stationed in Germany as a medic, learning practical skills and compassion. On duty at Christmas, he accompanied a pregnant woman in the ambulance for delivery when she experienced intense contractions. Terry assisted in delivering a baby boy. Met at the hospital,an orderly shouted, “All is prepared.” With a twinkle in his eye, relief and pride in his heart, replied, “Mother and child are safe and in good form, Sister.” The mother named her Christmas gift, Terence,” After two years of service he returned to RADA, receiving his diploma of distinction and several awards. His love for Shakespeare and an acting career were launched. He began performing at the Liverpool Playhouse, continued at Chichester Festival with Laurence Olivier, became an inaugural player in the National Theatre, and a protégé of Olivier. After four years, Terence realized that it was time to move on. He joined John Neville and the Nottingham Playhouse touring Southeast Asia, staying 4 months touring with Gekidan Kumo Company in Japan, adapting Shakespeare. In 1969 he was the first actor to receive a Churchill Award to study Japanese theatre. This journey changed the trajectory of his life, leading to an offer of position for a year after meeting Dr. Earle Ernst, Chair of U.H. Department of Theatre in Japan. In 1970 Terence began a life in Hawaii bringing classical theatrical tradition to young actors through training, self-discipline and artistic excellence. He gained knowledge of American and Asian acting techniques as a teacher. He established the study and performance of Shakespeare’s canon, becoming a beloved professor and mentor to hundreds of students over 35 years until his retirement in 2005. Terry relished his title of Professor and proud to receive the UH Medal of Excellence for Teaching in 1977.Thousands have seen him act or direct on the stages of Honolulu, at Manoa Valley Theatre, Diamond Head Theatre, Hawaii Opera Theatre, as well as television, film, and guest performances at arts groups. He performed more than 150 roles and over half of Shakespeare’s canon Honolulu. His role as Father Damien in Damien, by Aldyth Morris, premiered at U.H. Kennedy Theatre, then toured each of islands, and was re-directed for PBS television that received a Peabody Award. It was revived at Manoa Valley Theatre in the 1980’s. Twelf Night or Wateva (pidgin version) by James Grant Benton, directed Terry, and creation of The Hawaii Shakespeare Festival by former students, Tony Pisculli, R. Kevin Doyle, and Harry Wong, were the passing of the passion for Shakespeare from their master teacher. “It is crystal clear that his most fundamental concern is always the ongoing growth and progress of each student,” said Elizabeth Wichman-Walczak, former student and colleague. The man recognized by the Hawaii State Legislature as “Hawaii’s Adopted World Class Actor,”called “…the treasure of island theatre aficionados” by Pierre Bowman (3/28/79, Star Advertiser) was much more than that. The heart and soul of Terry was spiritual; his devotion to family, faith, craft and friends were his bedrock. Each student was special. “He made me feel like I was his best friend.” Terry was engaging, energetic, committed, and demanding. He was silly and fun, stubborn and irascible, compassionate and caring. The essence of Terry Knapp was “pure joy!” He cared. He dared. He shared. Terry is survived by Theodore Kalanikoa Lum, his partner, and the Lum Family of Honolulu, and three of his five sisters; Teresa Lynch, Mary B. Adams, Kathleen Ossicer in Great Britain. Services are September 9, 2019, Our Lady of Peace Cathedral,R.C. Bishop Street, Entrance on Ft. St. Mall. 9 am Visitation. 10 am Mass 11:30 am Lunch @ Diamond Head Mortuary Lanai 2:00 pm [email protected] Diamond Head Memorial Park 535 18th Avenue, Honolulu, HI 96814

The family of Terence Richard Knapp created this Life Tributes page to make it easy to share your memories.